A dash up the Bushmans Neck

A few weeks ago I sent an email out to my friends inviting them to join me on a dash up Bushmans Neck to photograph Chrysoritis orientalis.  A lot of interest and very little commitment was shown as the hill is very steep.  Eventually two of us went.  My old mate Clive Curtis, a professional hunter who can walk for a week before he starts panting and myself.  I collected Clive at 05h30 from his house and we headed to Bushmans Neck.  After a very misty drive we signed in at the Ezemvelo Gate and started the walk.

The path to the colony goes straight up the main ridge above the hotel, it is very steep and in some places precipitous on either side.  On the way up we came across a small colony of Aloeides oreas.  One particulary fresh male allowed us time to photograph him.

Clive has started a stock video company (linked to his hunting video business http://www.safari-vision.com/) and was able to get a lot of footage of this little chap.  From here (about half was up) we dashed to the top.  It took spot on an hour from the car park to the colony.  I have visited the colony on a number of occations.  Some on my own, once with Clive (where we had to sprint off the hill to avoid the huge lightning storm that appeared from Lesotho) and also once with Alan Heath where I found the larvae and Alan was able to breed the insect.  Needless to say we walked the colony flat.  We saw one very ropey female and nothing else.  I suggest that we were far to late for the brood and should head up there again in October and November next year.  That said we found two colonies of rocksitters on top.  The species amakosa of the genus Durbania has been split into a number of subspecies.  I collected a number of specimens from this locality 16 years ago and showed them to Steve Woodhall.  They were nothing like our local insect, Durbania amakosa natalensis.  I thought they were closer to the nominate amakosa however the red/orange patterning on the wings was far more extensive.  Since then we have bred them from three localities and I am fairly sure now that they deserve subspecific status.  Anyway, here are two males found in the upper colonies. 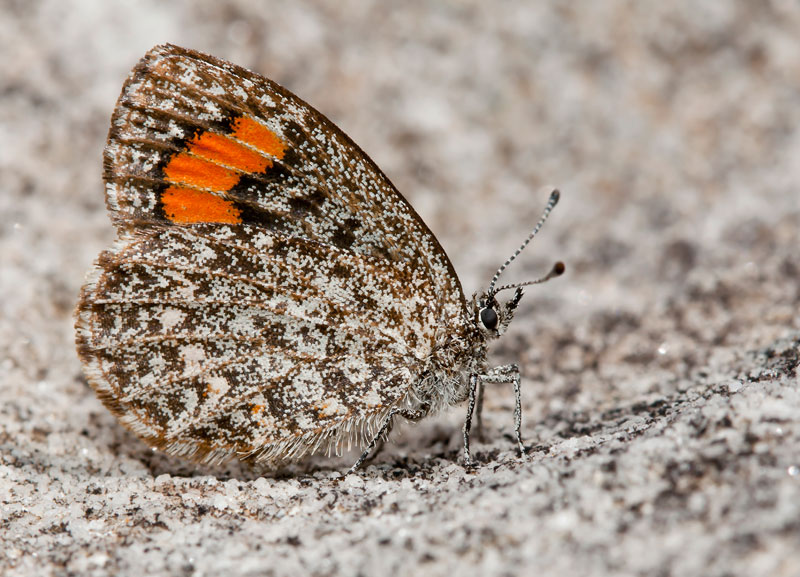 Again Clive got loads of footage of these.  We then set off down the hill to see what we could find in the Proteas.  Not long after entering the Protea stand we cam accross a male Capys alpheas, a butterfly whose larvae feed on the flower heads of Proteas.  In the Proteas we also found more rocksitters.  Further down the hill we came across a number of skippers.  Spialia skippers have always confused me and here we had two of the 10 odd species.  Anyway, I got home and IDed them (with confirmation from Steve Woodhall and skipper guru Johan Greyling).  We found two, Spialia mafa and S asteroidia.  I got a number of photos and Clive some video footage. 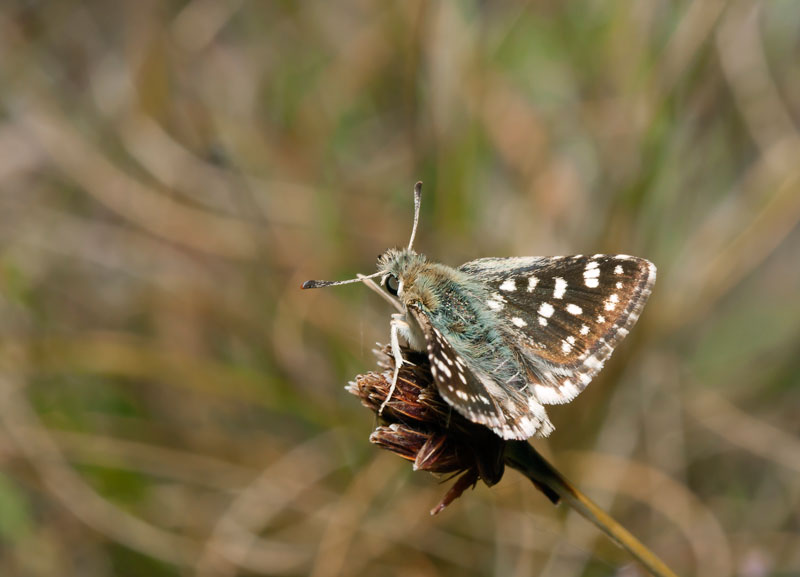 And finally a few candid shots of Clive photograhing the Spialia int he photograph above and on the walk home.

We got to the bottom absolutely famished and Clive treated me to lunch preceded by a iced lolly, one of those lollies where the packet should read “defrost and add 5l of water”, it was sweet but exactly what we needed.  The usual conversation on the way home was a little less enthusiastic than usual as we were both rather tired.  It is a hard climb and my cycling legs struggled!!