Things have been pretty wild for the last few weeks getting the Agric Hall going anf people have been asking me whats happening for December.  Well December is here and the first person who will be in for the period Dec/Jan is Steve Bailey.  Steve is an award winning Eastern Cape based photographer.  A brief bio follows as do a number of photographs but please visit Steve site www.stevebailey.co.za for more information.

This December we hope to see Allen Hallett return to the Kiln after a very successful exhibition in Gaborone.

An now a brief bio :

“Steve Bailey was born in Liverpool, England and moved to Southern Africa when he was 10.
He has always had a passion for Photography – eventually studying Graphics/Photography, obtaining a City and Guilds Diploma in Graphic Reproduction.
He spent 25 years in Zimbabwe before moving to Cape Town, South Africa. He is now resident in Bedford in the Eastern Cape”, and a few photographs…..

This last weekend Steve Woodhall, Michael Purves and I decided to hike up Bulwer Mountain to attempt to find and photograph the Drakenberg Daisy Copper, Chrysoritis oreas.  This insect was first discovered by South African butterfly legend Ken Pennington on the higher slops of the Drakensberg in Loteni area.  A few people visited the spot and collected specimens however I do not know of anyone who knows where this type locality is.  In the 1980’s Clive Quickleberge and my old friend Wolter Kaspers were on the Bulwer Mountain when Wolter presented Clive with a little copper that he had caught.  It was the Drakensberg Daisy Copper and Bulwer mountain is the only known locality besides the type.  I have visited the mountain a number of times.  The butterfly holds particular significance for me as the day that I trekked back from my first hike up the mountain was the day that I met my wife, Tracey.  In 1997 I visited the mountain with Alan and Jenny Heath, Tony Brinkman and Tracey.  On this trip Alan identified the foodplant (Thesium sp), the ant and got to breed the butterfly for the first time.

Saturdays trip was to secure a series of digital photographs of the insect, live and in habitat.  Steve had photographed the butterfly on film once before.

We left Howick a little late as Steve was caught in traffic but got to the town of Bulwer in good time.  The drive up to the Paragliding launch spot was a lot rougher than I remember and the climb a lot steeper.  Steve was fighting off the last of a chest cold so we took it slowly.  After an hour we were up on the ridge below the colony.  There we came across Penningtons Protea (Capys penningtoni) hilltopping.  This is another rare butterfly endemic to this area.  Like other members of the genus this insect breeds on the heads of protea flowers.  In the case of Penningtons Protea the foodplant os the widespread Protea caffra.  After unsuccessfully trying to photograph the Penningtons Protea we wondered over into the habitat of the little copper.  After a hour of searching we had found nothing but a few ragged Penningtons protea and a very weather-beaten Mooi River Opal (Chrysoritis lycegenes).  Eventually there was a yell from Steve, he had seen one.  Typical of these insects that live on the top of a windy hills, they fly low and shelter in the grass.  Steve had found a female, we followed her and she barrelled into a tuft of grass.  I was able to get a photograph before she shot off not to be seen again.  About half an hour later, after searching the area and finding nothing but a few Penningtons coppers (Aloeides penningtoni) Steve again saw a female.  This lady was a lot more co-operative and we all got a number of upper and underside shots.  While this was happening I noticed something dart onto an Osteospermum flower.  It was a male and it gave me enough time to get a number of photographs.  All in all we estimated that there were five specimens in the area.  All very fresh meaning we must have hit the begin of the brood.  Before leaving we were able to induce a female to lay a few eggs for Steve to take home to photograph and breed.

The hike back was tough but made easier by our success.  It was good to again make the acquaintance of this beautiful and very rare insect. 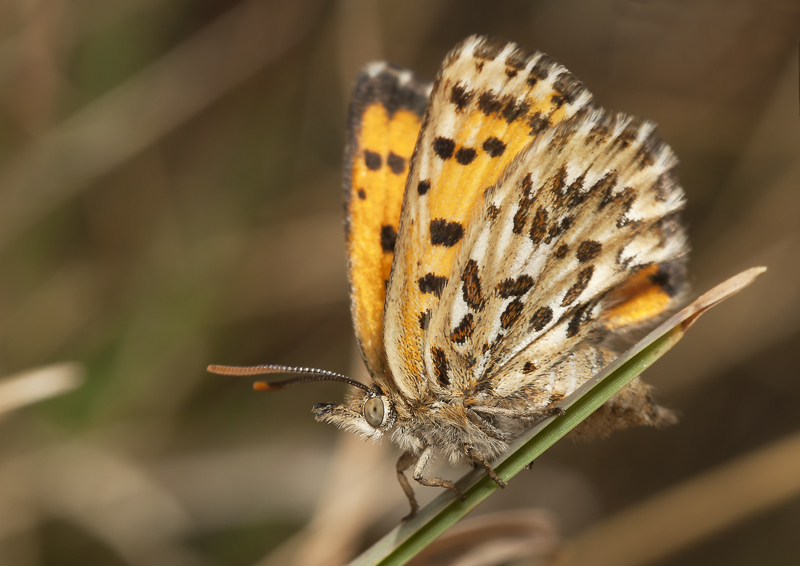 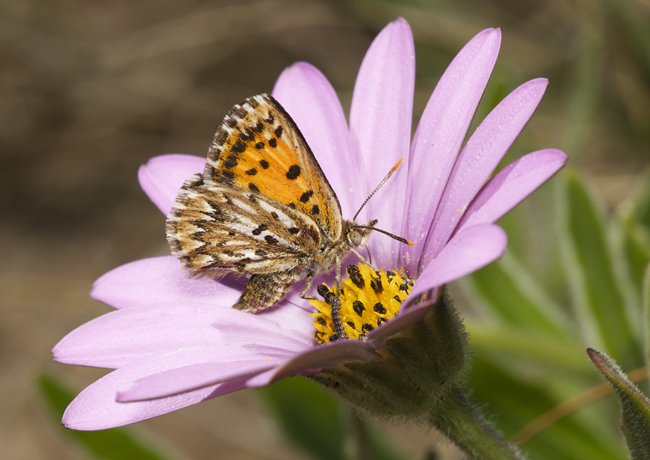 News from The Kiln

We at the Kiln have wanted to open for 7 days a week for a while.  Last weekend we were approached by a local businessman who offered us space in his property on a tourist route.  We are talking to other exhibitors to join us and we have a number of exciting new people who may join us.  That is all for this week as there is a lot of work to be done.  So, cheerio and here are a few photos that we hope will be housed at the exhibition, if they are not there then they will be at the Karkloof Farmers Market. 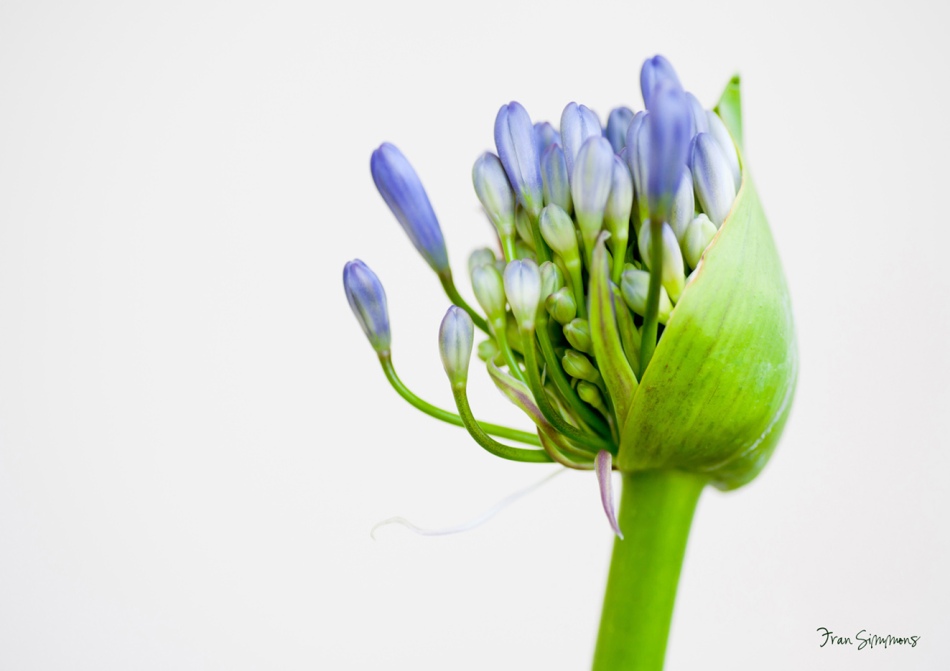 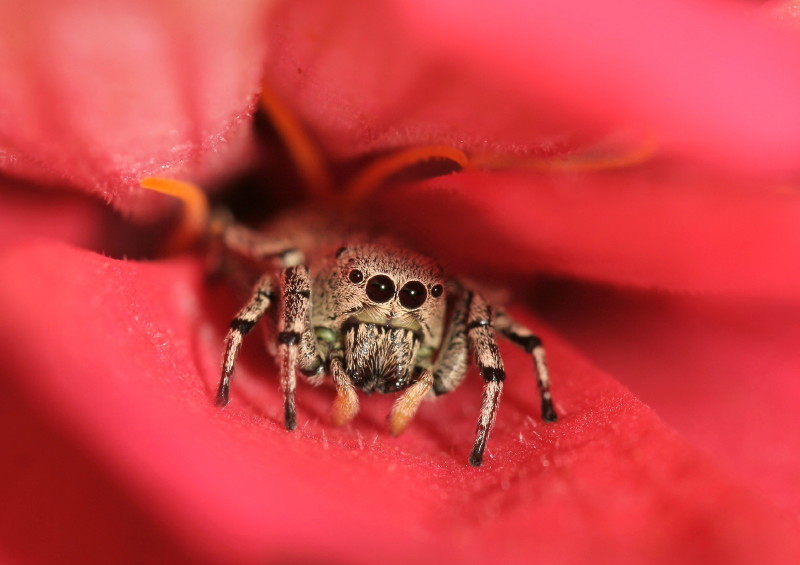